In February 2006 Fred had routine blood tests with his District Nurse and received a phone call two days later to highlight unusually high levels of PSA in his blood.  Fred was then asked to have a biopsy and this showed a tumour on his prostate.  Fred says “I remember that I received a phone call to tell me that I had cancer.  My wife was out at the time and I waited until we had had dinner until I could tell her the news. 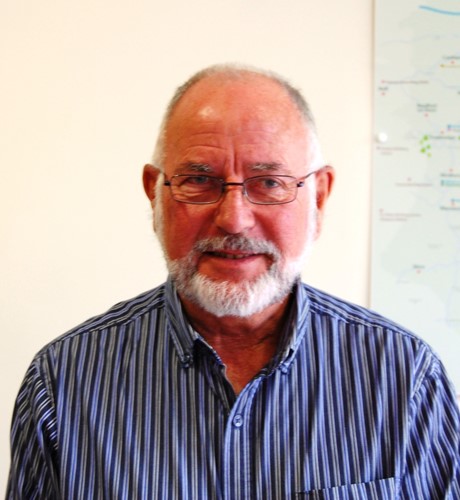 Fred then began a six month treatment of Casodex which is a female hormone-based drug used to treat prostate cancer and produces symptoms of the menopause including hot flushes and fluctuating emotions.

Six months later, Fred began his course of radiotherapy treatment at Oxford Hospital.  Initially, Fred thought he could drive himself to his appointments but after the first few days he realised that this wasn’t going to be possible.  Radiotherapy for a prostate cancer patient has to be delivered on a full bladder and the delicate balance of managing this and dealing with the side effects of treatment on the journey home, meant that the journey itself became extremely stressful for Fred.

Thankfully, Fred’s wife and family rallied round and his sons’ employers were flexible to allow them to take time off to help with driving Fred to Oxford to receive his treatment.

Fred says “At the beginning of your radiotherapy treatment you are given a planner for your appointments.  Some appointments were 8am, which meant a very early start and a lot of forward planning to get there in time and be properly prepared for treatment.  I often used to think – am I going to get there in time?  What if I need to stop on the way to find a convenience?  Side effects of radiotherapy can cause incontinence and this does not help make cancer treatment any less stressful.”

Fred knows how much a radiotherapy facility for prostate cancer patients will mean to those living in Swindon.  The journey will be much less stressful and can be managed much more effectively.

Fred says “The cancer caused my family many sleepless nights – how will it affect my future and my family are some of the thoughts that run through your head?”

It took more than 2 years for Fred to regain his health fully.  Now he is an active member of the Cancer Services group which helps to shape cancer services at GWH for the future.