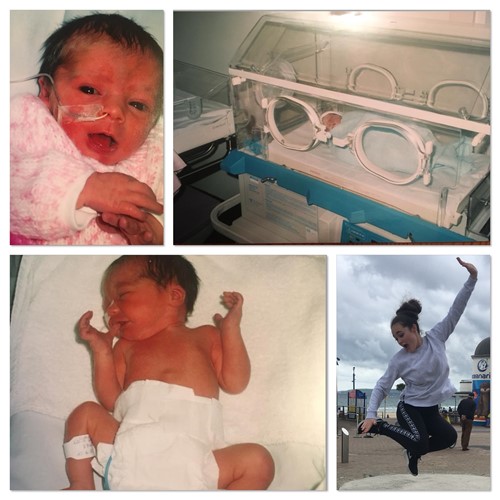 I realised at my 30 week appointment that things were not going as smoothly as I had thought. My blood pressure was too high and I left work that day and never went back! I had to go everyday to the assessment centre to be monitored. At first they said they would get me to 38 weeks, then 36 weeks, then 34 weeks!!

During this time, I was meant to be going to Cornwall on our family holiday. The only way I was allowed to go was to go to GWH on the Saturday, spend the day at Truro hospital on the Wednesday and then get back to GWH for the Saturday. At this time they told me they were admitting me until the baby was born. This was a massive shock as I hadn’t even been home at this point to unpack and having a 7 year old son, I started to panic.

I was admitted and for a week and then allowed home for the weekend but then admitted again on the Monday and was told I would stay in then until the baby was born. During this time I had numerous scans and found out the baby was very sleepy and not growing like it should have been – hence the reason for aiming to get me to 34 weeks. As it was my obstetrician – Mr Owen Cooper was amazing and pushed me to 35 weeks.

I was then induced at 35 weeks and 1 day. It was a very short labour and our beautiful if not small daughter Darcey Marie was born at 8:31pm on Wednesday 25th June 2003 weighing just 3lb 13 ½ ozs.

I was allowed to hold her briefly and then she was whisked away to SCBU where the next part of our journey began. She was in the high dependency unit for a couple of days and was then moved to the low dependency unit for the rest of her time in SCBU.

Having a baby in SCBU is difficult. I was in hospital until she was 5 days old so it was very strange being in hospital but not having my baby with me. Most of my days were not spent on the ward but in SCBU either expressing milk or visiting her.  Due to being small and not really awake we were only really able to hold her when feeding her through her tube – the rest of the time she had to remain in the incubator. We had good days and bad days progression wise. It was also extremely difficult when I came home as I was trying to be a mum to my 7 year old son but also spend as much of the day as I could in SCBU. We would visit as a family every day after school – it was a very testing time for all of us.

Darcey was finally able to come home at 3 weeks old which was fantastic. The staff in SCBU  were brilliant throughout her stay there – nothing was too much trouble and they were so supportive – especially Steph who funnily enough treated Darcey in A&E recently. They even have a parent room that you can stay overnight in with your baby the night before you bring them home which is fantastic.

Darcey was under the paediatrician for just over a year and some of her development was slightly slower due to being premature, however you wouldn’t think this now. She is now a 14 year old strong willed independent beautiful young lady – who would have thought that after such an early small start in life.

I cant thank the staff at SCBU enough for what they do. Without then who knows where we would be now.