A team of six from Group Fit, a personal trainer company based in Cheney Manor, are taking on the Three Peaks challenge in October.

Trainer Jack Grove’s granddad suffered a stroke at home and stayed on the Falcon Ward Acute Stroke Unit in December 2016 but passed away four days later.

The team will walk 23 miles, mostly walking through the night. They start at Ben Nevis, the highest mountain in the UK, standing at 1,345 metre, at five in the morning on 12 October.

The aim of the Falcon Ward and the Community Stroke Team is to encourage patients to be as independent as possible, as soon as possible.  The team want to purchase the very best equipment over and above the NHS budget to get patients back to their pre-stroke life.

The sponsorship money Jack and his team raise from taking on the Three Peaks challenge will go towards purchasing equipment such as Mirror Boxes which can help improve motor skills and Electrical Stimulation equipment which can help restore movement.

If you would like to sponsor Jack and his team please visit: 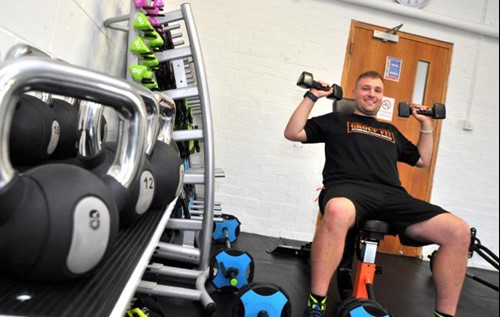