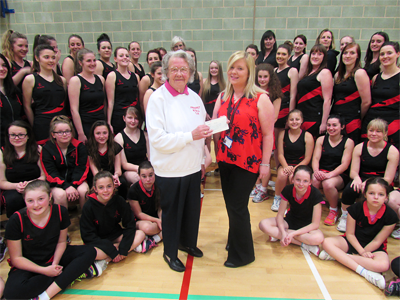 A massive 'thank you' and 'well done' to Mr and Mrs Willcocks, who celebrated their 63rd wedding anniversary by handing over a cheque for more than £1500.

Mr and Mrs Willcocks, along with Pinehurst Netball Team raised the money by putting on a number of events this year including netball tournaments, club nights and plant selling!

Mrs Willcocks is pictured (right) with many of the ladies from the club.