Thank you and well done!

We were lucky enough to be invited along to West Swindon 633 Squadron Air Cadets to recieve a lovely cheque for the Children's Space For Play Appeal.

They done a number of fundraising events including the walkley walk last year to help raise a massive £250! 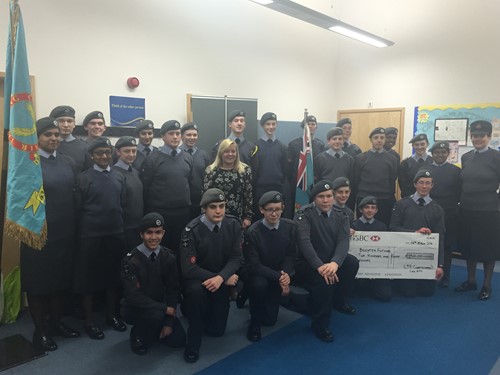 'In the Shadow of the Workhouse'

Caroline Ockwell & Graham Carter popped by our office on Friday and very kindly donated a cheque for £1000!
Over the last couples of month they have been selling their book 'In the Shadow of the Workhouse' which provides a history of Swindon’s former workhouse in Highworth Road, Stratton St Margaret. They were inspired to write this book by a chapter from Alfred Williams’s book, “A Wiltshire Village'

They chose Brighter Futures as the named beneficiary from the book sales fo...r two reasons. Firstly, the long journey to Oxford for radiotherapy treatment has impacted on the lives of many of the Swindon Advertiser readers, including Caroline's own family, and this inspired her personal choice. Secondly, Alfred Williams also had to deal with the effects of cancer on his family – he died from a heart attack, at the age of 53, after repeatedly struggling to visit his wife in the old Victoria Hospital in Old Town where she was terminally ill with stomach cancer.

The book costs £12 and can be purchased by Swindon Central Library, Regent Circus or online at www.alfredwilliams.org.uk

We look forward to welcoming them back to the office soon 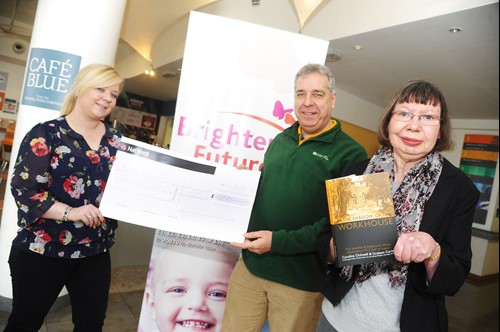 Victoria had recently been treated for bladder cancer. She was fortunate it was caught early and didn't need radiotherapy or adjuvant chemo. But has had family members who had. Victoria wanted to support the Radiotherapy Appeal and so far has raised over £670!

Along side this, Victoria donated her pony tails to the Little Princesses Charity - What a wonderful thing to do! 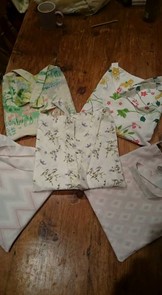 After hearing the Beech ward needed some more bags for their patients Claire, Lisa and Shirley took it upon themselves to knit some lovely styled ones to help with the shortage.

These are being delivered to the ward this week. The ward is so grateful for the kind efforts & time that has gone into this.

Well Done ladies and thank you!

At the end of January Georgina organised a private port tasting evening with family & friends after experiencing the stress the drive to Oxford put on her family. Georgina wanted to support the appeal so that others don't have to face this journey going forward.

Her evening was a great success and together they managed to raise a massive £1195! Well done to everyone involved! It looked like a great evening. 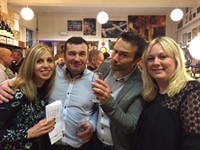 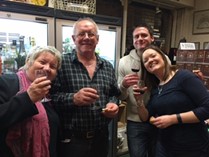 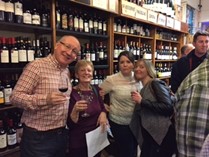 Thank you to Dapaolo Simply Italian who have been holding raffles for the last couple of years to raise money for the Radiotherapy Appeal.

This year they raised another £200.00 which is amazing. They have started selling their raffle tickets for this Christmas Hamper. Be sure to pop along their lovely shop in town to be in with a change of winning! 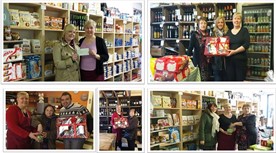 After receiving brilliant care from the ward in an unexpected C-Section 11 weeks ago Dave & Michelle wanted to give back to the them. They brought a brand new sound system after hearing the current on in theatres had broken. They even brought the lovely Kasper in to see everyone too!

Swindon Choral Society have kindly chosen to support the Radiotherapy Appeal by holding an event in December - Which can be found in Community Events. Our fundraiser went along to give a speech about our appeal and to see the Choral Society in rehearsals. We look forward to the main event on the 12th December 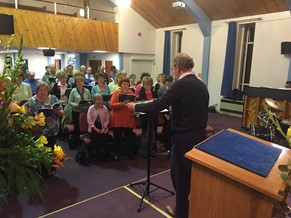 After receiving amazing treatment from the Special Care baby Unit last year, Jenni was inspired to give back to them. Jenni will be holding a raffle at the end of this month to raise funds for the ward. On Tuesday her employer Openwork came to have a look round as well as kindly donating £250.00. 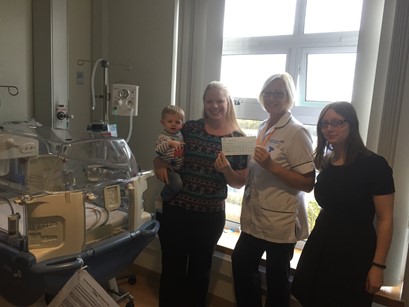 A massive thank you to everyone who took part in this years Swindon Half Marathon. We seen a wave of Brighter Futures t-shirts on the day and so far we have received over £5000.00 in sponsorship... Simply amazing! 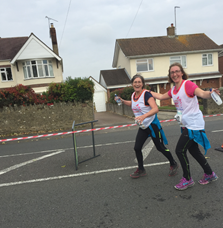 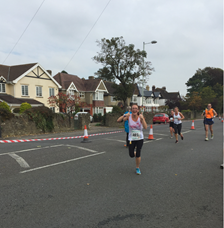 Swindon Rugby club have continued to support the Radiotherapy Appeal since May this year. They have held many different events including raffles at quiz nights, charity rugby match and collections from their fireworks display as well as much more! Thank you, thank you, thank you! 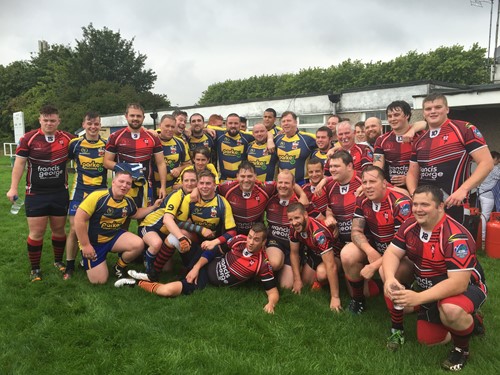 Thank you to Kimberley for her on going fundraising for the Radiotherapy appeal - holding a Halloween party was on of many events Kimberley has arrange this year. We look forward to more photos! 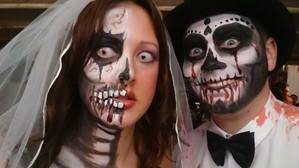 Sam and some of her closest friends and family rallied round to hold 'Rock For Radiotherapy' on 20th September. The family fun day seen over 8 live bands play all day with bouncy castles, face painters and a raffle. This was massively successful and they managed to raise over £2000 on the day! Well done team, keep up the good work! 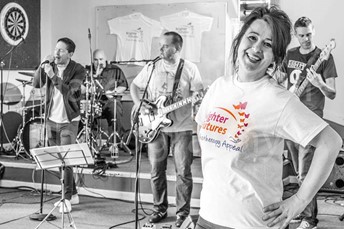 Have taken us on as charity of the year and held many events to raise money for the Radiotherapy Appeal. They event kindly donated this lovely pink shirt to our Community & Events Fundraiser!

Well done to Sam, who recently completed her own run from Calne to Chippenham. We believe Sam’s brother videoed the run so we look forward to seeing that one!